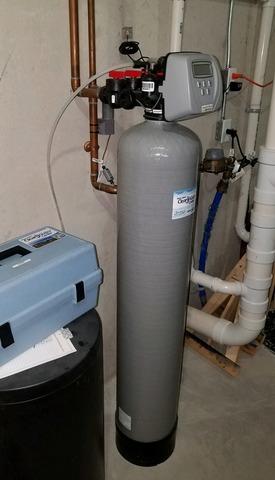 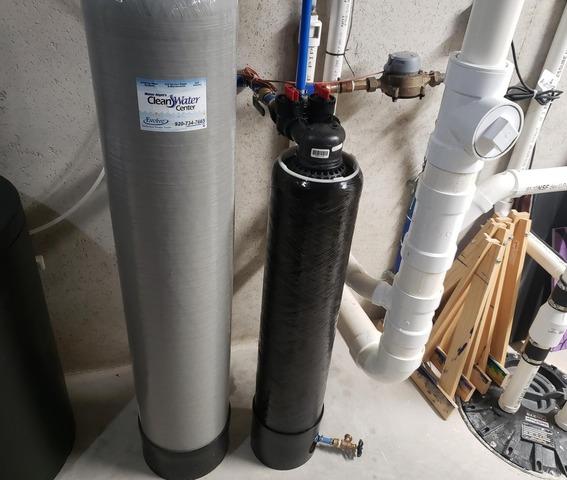 Mr. and Mrs. P. had moved into their newly built home for a couple years and had no issues initially, but as time went on, they noticed some discoloration in the water. The oddest part of their discolored water was that they were on municipal water, and it's not common whatsoever to have discolored water from the city. After a service call and consultation, it was found that the chlorine in the city water was breaking down the media in their water softener and causing a discoloration. The solution was to install a whole house filter prior to the water softener that was capable of removing chlorine and chemicals that would harm the water softener and cause other issues like the discoloration. They now have a certified filter that not only removes chemicals and chlorine, but also lead and cysts.