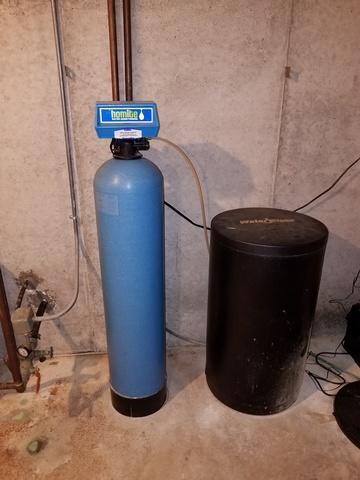 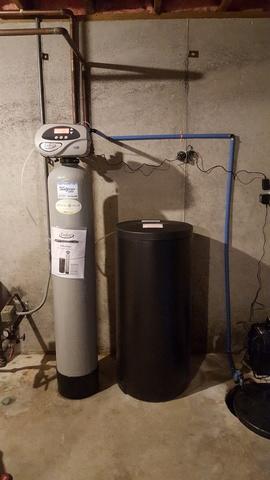 Homeowners in Appleton that were on well water were having iron staining and pungent sulfur smells. Their older water softener was unable to keep up with the iron levels coming through, and was doing nothing for the noticeable odor, so they had us come in for a consultation. We found higher iron levels, and trace amounts of sulfur odor that allowed us to apply our Zeolite system in this particular situation. The EV2-1054-MIN is what our customers choose when we're addressing hardness, high iron, and some odors as well; the all-in-one approach simplifies the treatment for private homeowners and allows us to take care of numerous concerns in ONE tank. Now Mr. M and Mr. L will have all of their water quality concerns resolved by only applying a single piece of equipment.